Gardeners don’t depend on crops for sustenance or profits. That’s why most people don’t delve into cover crops. However, they can bring you great benefits. If you need to create new beds for cover crops, you can search for “topsoil near me” and buy some from the nearest store. Let’s check out how growing cover crops can rejuvenate and protect your garden.

The dense cover protects the soil from wind and rain falling at high velocity. They also have roots that are strong and hold the soil together to reduce erosion. Moreover, the barrier created by cover crops prevents the soil from being exposed to direct sunlight and that reduces moisture loss.

They fix nitrogen from the air to the soil and that’s readily absorbed by the plants. Nitrogen is an important macronutrient for plants and is responsible for their lush green growth. Since plants always absorb nitrogen from the soil it’s always in short supply. Legumes can replenish the nitrogen content of soil and help to maintain its fertility.

Apart from legumes, there are other cover crops that have a symbiotic relationship with beneficial worms, fungi, and bacteria. These plants provide a safe habitat for these microbes and in turn, those microbes improve the soil quality by increasing its moisture-retention capabilities and nutrient content. They also aerate the soil and allow roots to breathe more easily.

Apart from pests, cover crops can also help you fight weed growth. Cover crops that are planted in rotation with other crops form a dense canopy over the soil and prevent sunlight from reaching the soil. So even if the weed seeds manage to sprout, their growth is checked by the lack of sunlight. Even after cover crops are harvested, the residue left on the soil rot and turn into mulch. They prevent exposure to the sun and make the soil more fertile for valuable crops at the same time.

When those pollinators are attracted, they also pollinate other plants in your garden and that helps to maintain a diverse gene pool. Moreover, during the winter months, these cover crops can provide extra forage for wildlife in your garden. With that out of the way, let’s check out how you should choose cover crops for your garden.

While most cover crops suppress weed growth, broad leaves are especially effective due to, well, broad leaves. Mustard, buckwheat, alyssum, and other such plants are all broadleaf plants that are quick to germinate and provide ample shade to suppress weeds. Buckwheat is one of the fastest-growing broadleaves and great at attracting pollinators. On the other hand, you can repel grubs and nematodes with mustard.

Cereal grasses are usually planted for fall and winter coverage. They provide the soil with a lot of valuable organic matter during the spring season. Common cereal grasses include rye, wheat, and oats. They have extensive roots that reduce soil compaction and after the harvest, they can be left on the ground for that precious biomass. Moreover, these cover crops have long grass blades that prevent water run-off.

Finally, legumes work together with soil bacteria to fix nitrogen in the soil and increase its fertility. If you want to fix nitrogen in the soil, try planting soybeans, pea, and clover. In the end, you need to figure out your needs and cover the appropriate cover crops. For increasing fertility, legumes are the best option, cereal grasses are great at improving soil quality and reducing erosion and broadleaves are good at weed suppression and pest control.

As you can see, cover crops bring a lot of benefits. They enrich the soil and can protect other crops from pests. However, growing them requires a lot of patience and hard work. If you need to create new beds for those crops, you can search for “topsoil near me” and buy some from a reputed store nearby.

You May Want to Hold Off on That DIY Project 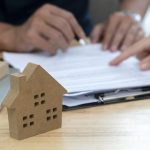